What is cooler and more spectacular than a movie in IMAX? Six movies in IMAX!Celebrate Blockbusters Day in 2018, in T IMAX theaters at Cinema City in Bucharest and Timisoara. Just September 29, enjoy IMAX Day and a unique cinematic experience at a holiday price: 13 lei ticket to a movie.

Reunite with (almost) all the famous superheroes in the Marvel Cinema Universe and watch the ultimate deadly confrontation of “Avengers: Infinity War” ; a horror flicker watching “The Nun” the horror horror film filmed in Romania; see the invasion of the most lethal hunters of the universe with their return to the big screens in The Predator , 30 years after the first film of the series; prepare to save the dinosaurs of Jurassic World: Fallen Kingdom , alongside Owen and Claire; (re) discovers T’Chall’s story and how he becomes the new king of Wakanda in the “Black Panther”and be back with the superhero family loved by everyone and discover how Elastigirl is, at the heart of the action, in Disney-Pixar animation “The Incredibles 2” .

During the entire Saturday, the six films live at maximum intensity, watching them in the spectacular IMAX format that perfectly combines the largest screens in the country with innovative cinema and cinema architecture to create the feeling of being part of from the action.

Only in T IMAX rooms you will have total immersion in the action of the film; a huge screen that offers up to 26% more image than a standard room; clear , breathtaking tears with 40% contrast and 60% more light; a sound that shakes the earth , being ten times more dynamic than standard systems; the most realistic 3D experience and exciting special effects .

Tickets were put on sale online at www.cinemacity.ro and at Cinema City casinos in AFI Cotroceni in Bucharest and Shopping City Timisoara.

The Fantastic Beasts are fantastic again 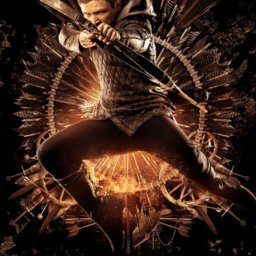 Better than anywhere else, “The Predator”, “Venom”, “Fantastic Beasts: The Crimes of Grindelwald” and “The Nutcracker and the Four Realms” can…