During January 1 – September 30, 2017, the number of non-resident tourists accommodated in the collective tourist accommodation facilities was of 2.1 million, and their expenses amounted to a total of RON 4.67 billion. Non-resident tourists arriving in Romania spent an average of RON 2,159.8/person in the first nine months of 2017, according to data released  by National Statistics Institute (INS).

The second reason for the stay of non-residents in the country was the private tours (41.7% of the total number of non-resident tourists), of which 64.5% were holidays. Private tours include holidays, shopping, cultural and sports events, visiting friends and relatives, medical treatment, religion, transit and other activities.

Of the total expenditures for business, the highest share is for accommodation (52.2%), being especially preferred the accommodation with breakfast included (89.3%). The expenditures of non-resident tourists in restaurants and bars were of 18.8% and for shopping of 12.4%.

Of the total number of non-residents arrived in Romania, 49.5% organized their stay through travel agencies and 32.1% organized the stay on their own.

The main means of transport used by non-resident tourists to arrive in Romania was the airplane (77% of the total number of tourists). Own cars accounted for 12.5%, followed by coaches and buses by 7.9%, other means (train, river boats, rented cars, motorcycles, etc.) 2.6%.

The total number of non-residents accommodated in the collective tourist accommodation facilities in Q3 2017 was of 960,500 and their expenses amounted to more than RON 2 billion.

From Brisbane to Bucharest, Booking.com Reveals Ten Destinations for 2018 (Demo)

Whether you’re looking for a full vacation or just a skiing weekend, Romania has plenty to offer. Our resorts…

Sibiu is Transylvania at its best and most accessible (Demo)

As the sun casts shadows around the lively, yet relaxed Piata Mica square in the centre of Sibiu, a barman…

By Stephen McGrath   A full moon hangs over the 12th-century citadel of Sighişoara which is white with December snow…. 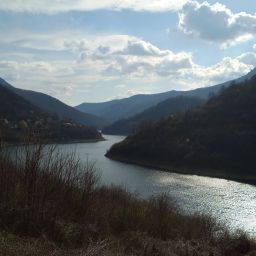 Hotels in Bucharest recorded an average annual growth of 10% in the number of overnight stays in the period 2013-2017,…

At the 24th edition of the World Travel Awards 2017, considered the “Oscars of the global tourism”, InterContinental Bucharest is…

Niro investment Group, one of the largest Romanian business groups with expertise in retail investments, development and asset management, announced…