In the 1970s and 80s almost every kid in Romania with a bike had a Pegas but the state-owned company shut its last bicycle production lines in 2001.

In 2012, with the idea of recreating the bikes of their childhood, four 30-something-year-old Romanians bought the lapsed trademark to the brand and set about updating the designs for the 21st century.

“After the revolution no one valued Romanian products but now that’s changing,” says Andrei Botescu, one of the co-founders and the company’s general manager. “These bikes now resemble memories from childhood. Partly it’s about going back to find our roots,” he says.

The team brought back some of the iconic touches from the bikes of the 60s and 70s, including elongated ‘banana’ seats and chopper-style handlebars, and decided to alter the colour schemes each year so that people would know which generation you rode. Then they marketed them to 30- and 40-somethings like themselves who wanted to reconnect to the bikes of their youths.

“We have lots of clients in their 30s, 40s, 50s, who once had a Pegas, but we also have young customers who want a cool Romanian brand to make a statement,” Botescu adds.

The Pegas relaunch began tentatively, with 500 bikes sold in 2012, largely due to the limited cash reserves of the founders and their backers. However, the newly issued bikes struck a nerve in Romania, and numbers doubled each year. Last year they sold 10,000 bikes. This was helped by the CEO of eMAG, Romania’s version of Amazon, buying a majority stake in the company in late 2015, giving Pegas the funds to grow more rapidly. They are targeting 20,000 bikes sold this year, and many more in the years to come.

The brand’s reappearance has timed with the growth of a bike culture in Romania, as well as a desire from many young Romanians to have local products they can feel proud of.

“After joining the EU, along with increased globalisation, people realised they’d lost a bit of national identity,” says Alexandru Manda, Pegas’ marketing manager. “People with our bikes are reconnecting with their history and a beloved old brand.”

Not only that. Increasingly, older generation Romanians are digging out their long-forgotten, communist-era bikes and getting them restored. “Some people love their old Pegas bikes, they have an emotional value and don’t care if they have to pay more to repair one than it would cost for a new bike,” says Botescu.

The Pegas headquarters, down a rundown, non-descript street in the Romanian capital, is half shop, half workshop. New bikes and accessories hang on racks out front, while in the back employees fix up or refurbish new and old bikes. The company now has 23 staff, including four designers.

“To work here you have to have had a Pegas as a child,” jokes Manda. “We have some young blood working here who weren’t born in the 1980s, but their first bikes were the new Pegas bikes,” he adds.

Pegas bikes were once churned out at a factory in the heart of Romania, one that also produced armaments (one popular joke at the time: a factory worker was stealing parts to build a bike for his son, only to find that no matter how he assembled them he made a gun). After relying to date on foreign manufacturers for parts, the new Pegas team are now working on establishing a production facility in the same city the bikes were once produced. “We want to build it where Pegas was before – in the city of Zarnesti. It will be symbolic,” says Botescu.

It may be a symbol of the past, but Pegas is also a sign of a new and hip Romania emerging once more onto the streets.

Prime Minister Mihai Tudose announced that former football player Gica Popescu accepted an adviser role, and he will work and… 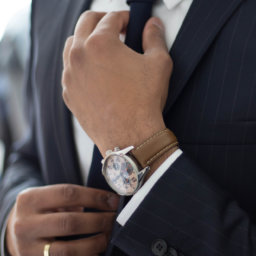 0
08 Nov 2017
DHL Carpathian Marathon, a top experience in the heart of the Carpathian Mountains (Demo)

by Oana Vasiliu For a while now, there is a new talk of the town: one of the greatest European… 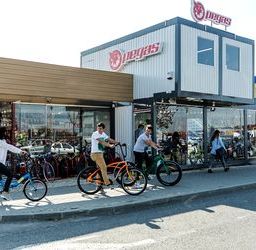