It’s become crystal clear that Romania is the place to party all summer long while, at the same time, enjoying some solid culture, from music to film to theatre among myriad other fun events. Where and when? OZB has mapped out your Romanian summer, from north to south and from west to east.

Film: on the silver screen

For cine-lovers, the summer must start in Cluj Napoca, at the Transylvania International Film Festival (TIFF). Being a one-of-a-kind event, and Romania’s biggest film festival, it’s a must-go for film-goers. Among the thousands and thousands of movies to see, you should know that TIFF is celebrating 100 years since the birth of Ingmar Bergman, along with a series of activities such as VR, cine-concertos, thematic parties, the weekend at the castle and so on.

TIFF takes place in Cluj Napoca from May 25-June 3. If you miss the event in Cluj, don’t worry, all summer a TIFF caravan with a good selection of movies will be screened nationwide, follow here tiff.ro for the entire programme.

Next, Iași expects film goers at The Nights of the Romanian Movies (Serile Filmului Românesc). It’s a must, especially because over the past years, the New Wave of Film Directors have become a big deal on the international scene. And it’s also a must – so that you can experience the unmistakable Romanian sense of humour. The event happens between June 6-10, see festivalsfr.ro

At the end of June, we propose a cinematic experience deep in the Danube Delta, at Pelicam festival, a journey based on movies and eco trends. Book a place there between 21-24 June. pelicam.ro/en

From east we are going west to Timișoara, for Ceau, cinema!, currently promoting artsy movies with a communist theme for this year’s festival. Book a trip to the future capital of culture between 19-22 July. ceaucinema.ro

Râșnov welcomes historic movies lovers in a cinematic experience which starts in the cinema and goes up to the famous Râșnov Fortress. The Histories and Film Festival Râșnov takes place between 20-29 July. ffir.ro/en

Among the most amazing film festivals taking place this summer is again in the Danube Delta but this time at Sfântu Gheorghe. The Anonimul festival has an international reputation for being held in one of the wildest locations to host a film festival not just in Europe but the world. The event happens in a tiny village deep within the great Danube Delta. Book in advance for 6-12 August. festival-anonimul.ro/en/home-page-en

Even horror movie fans aren’t neglected with an event specially for them hosted in a beautiful fortified church, in one of the most picturesque regions of Romania: Biertan, Transylvania. The Full Moon festival happens, of course, under the moon, in a spooky, but kind of cozy atmosphere. 9-12th August: see lunaplinafestival.ro for more information.

Last but not least, Divan Festival celebrates the Balkans spirit with food and movies in southern Romania: a part of the festival happens in Craiova, while the other is in Cetate, a beautiful old Danube port where a cultural hub has been implemented by our great poet, Mircea Dinescu. For the Balkan experience, book your trip to Oltenia between 24 August – 2 September. divanfilmfestival.ro

Theatre: the show must go on

For those who like the stage and the strong feelings a live performance induces, Sibiu International Theatre Festival celebrates 25 years this summer. For this anniversary, an incredible programme has been settled, with international attendees as well as a brand new performance signed by the one and only Silviu Purcarete. Take also into consideration that some of the best dance artists are also coming to the event, as well an incredible outdoor programme – basically a non stop carnival on Sibiu’s streets. Save the dates: 8-17 June. sibfest.ro

In Bucharest, a very interesting festival takes place between 17-24 June: Contact Bucharest Festival. They present and teach Contact Improvisation practice as an art and dance form to professional dancers as well as for non-professional dancers, to actors and performers as well as to all curious people who want to wake up their performative and poetic side. Check them out for an out of the box experience: contactimprovisation.ro

Unfortunately, no news about Undercloud, the independent theatre festival which took place place for ten years in Bucharest and presented one of the most amazing theatre performances I have ever seen. It used to be organised in the last week of August, so keep an eye out for their updates.

Summer starts in Iași from 31 May to 3 June, at the Afterhills festival. Hurts, Tom Odell, Paul Van Dyk and The Crystal Method are in the lineup, so you should definitely book your ticket if you are a fan. Prices vary from 187- 520 RON. See afterhills.com

Rock the City will bring to the Romanian stage the great concert of Nick Cave and the Bad Seeds, which will take place in Bucharest between 19-20 June. A once in a lifetime kind of concert: you must attend. Fun guaranteed. eventim.ro

Shine Festival brings The Cat Empire, Skillet, Subcarpați, Frații Grime, The Mono Jacks, Cred Că Sunt Extraterestru, Fantome and Argatu to the same stage in Bucharest. June 30 to July 1 are going to be the dates for this event. Facebook for more details.

One of the most anticipated festival in Romania, Neversea, happens once again at the beginning of July in Constanța. Being the small sister of Untold, Romania’s biggest musical festival with international recognition, it welcomes music fans with the lineup consisting of Axwell & Ingrosso, Hardwell, John Newman and Scooter, among others. Festival tickets costs 449 RON. neversea.com/en

Electric Castle, the festival which transforms Bonțida Castle into something truly world class is happening this year between 18-22 July. This year’s lineup has, among others, London Grammar, Damian Jr Gong Marley, Quantic, Wolf Alice. Put a pair of rubber boots in your luggage, you might need them. electriccastle.ro

From Cluj county we suggest a return to Sibiu, for Artmania Festival. Probably the most notorious rock music festival we have in Romania, this year, the organisers have invited the one and only Steven Wilson. 27-28 July, put it in the calendar. artmania.ro

Untold starts at the beginning of August and offers an incredible party that lasts four days and four nights. Cluj Napoca will be once again be in the spotlight with artists like The Prodigy, Bonobo, Afrojack, Armin van Buuren. untold.com/en

Back to Bucharest in mid-August: SummerWell has one of the best lineups of this summer’s festivals: Justice, Bastille, The Kooks, Kodaline, Cigarettes After Sex, Sofi Tukker, Rationale, Tom Grennan, HMLTD & Isaac Gracie are going to be staged in this wonderful indie & good vibes provider festival which happens near Bucharest, in Buftea. summerwell.ro

Have you ever thought that a recently facelifted castle could be the place to party in a chalet festival? Doubtful, then you must go to Awake Festival, at Teleki Castle from Gornești, Mureș county, where Wilkinson LIVE, Milky Chance, The Subways, The Parlotones, Fink, Subcarpati, Mihail, SATRA BENZ, DJ SHIVER, DJ Sauce, ANTENNA, Detour are going to entertain you. awakefestival.ro

Jazz: All that jazz

All summer Bucharest is booked with jazz events. It’s a pure treat for those who love the music and it provides possibilities to attract more and more lovers of this genre of this genre. Summer starts with Green Hours Jazz Fest, between 31 May and 3 June, in one of the oldest places of Bucharest where live jazz music can still be heard. Tin Men and the Telephone, Leszek Możdżer and Jasper Hoiby’s Fellow Creatures are among the bands invited to the stage. greenjazzfest.ro

Jazz in the Park Cluj Napoca has grown incredibly beautiful, with more and more bands and awesome festival events for genre fans and for Cluj communities. As a premiere, an ambitious project has formed between MUSEcology – byron, Lucia, Silent Strike feat Muse Quartet will be staged. Save the dates: 21 June – 1 July. jazzinthepark.ro/en

From Cluj we move west, where Timișoara celebrates with JazzTM, a free festival with some of the greatest names of international jazz: Gregory Porter, The Cinematic Orchestra and Kurt Rosenwinkel. Events take place in the last weekend of June. jazztm.ro

Bucharest also has a jazz festival of its own, right in the heart of the city: Piața George Enescu. Come early to book your set between 3-9 July for Bucharest Jazz Festival.  bucharestjazzfestival.ro

In it’s 22nd year, Gărâna Jazz Festival takes place up in the mountains attracting the most chilled and cool people, who are coming to this event for the great vibes helped by the combination of the woods and the jazz. If you have to choose from this jazzy category, Gărâna Jazz Festival is definitely a once in a lifetime jazz experience. Take an extra jacket with you, it could be a bit chilly in the evenings. garana-jazz.ro

One of the newest jazz festivals in Romania, Smida Jazz Festival has received much acclaim due to its very eclectic line up. It is an international event dedicated to avant-garde jazz, built on the unique concept of blending innovative jazz styles with the raw beauty of Apuseni Mountains. The event is taking place in the open air, in Smida, a Transylvanian village located in the heart of Apuseni Natural Park. During the festival, you can enjoy music performed by international and Romanian artists by night but during the day make the most of the outdoor activities. If it sounds interesting, then book your place there between 17-19 August. smidajazz.ro/en

A party to celebrate Spring in the freshly blooming garden at Teahouse 5, officially opening on April 15th! EVERYONE WELCOME!…

Sibiu is Transylvania at its best and most accessible (Demo)

As the sun casts shadows around the lively, yet relaxed Piata Mica square in the centre of Sibiu, a barman…

Charlie Ottley is back. After the success of his stunning four part Wild Carpathia series, Charlie is presenting another…

0 0
10 Mar 2018
Half of the Romanians who go on holiday for St. Mary are on the second vacation this summer (Demo)

St. Mary’s holiday makes the Romanians go away again, filling the hotels and hostels in the country, so tourists who…

Hilton Garden Inn, the global award-winning midscale brand, announced that the structural framework of the hotel is now complete. Hilton… 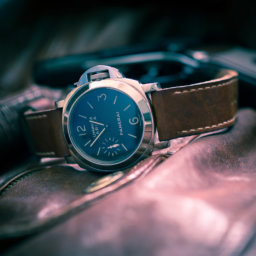 At the beginning of collaboration with Summer Well, Mastercard reinvents the concept of the festival under the umbrella of The Priceless…

For me Bucharest’s identity is clearly expressed through the physical fabric of the city, its architecture. There are of course…

By Paul Page     Having arrived in Cluj-Napoca in the oh-so-hot month of July, 2017, for my new Headship post…