Rompetrol launches the summer season with 2 parties that will have the Mamma Mia theme, on the weekend of April 27-28, to celebrate the completion of interior rebranding works at the A2 (Bucharest-Constanta) motorway stations.

Between April 27 and 28, Rompetrol will be hosting an Abba-themed party in the A2 motorway stations, according to a company release.

The 5 Rompetrol stations on the A2 Motorway have undergone a complete rebranding process to give customers a genuine hey experience, a revitalizing break with tasty products. The service these stations is adapted to customer needs during breaks they take during travel, both for when in a hurry, and when he wants to spend some relaxing moments, before heading back on the road .

Rompetrol Downstream has prepared supersets and numerous awards for those who will visit the station, including double invitations to the Mamma Mia show to be held at the Palace Hall on May 27th.

The musical Mamma Mia, a world phenomenon, is a premiere for the Romanian audience, as it will be the first Broadway musical that arrives in Romania, produced 100% independent, and will include shows in the main cities.

“The breaks we offer to our customers are revitalizing, offering fuel and quality gastro services, but at the same time an important moment of relaxation, a healthy incentive that gives them the energy to continue their journey to the desired destinations. We hope the event will be a success and it will be the start of the summer season” said Gabriela Budisteanu, Chief Marketing Officer, KMG Rompetrol.

Rompetrol Downstream, a member of KMG International, operates in Romania a network of 141 premium fuel stations (combining the needs and expectations of customers with the best technical solutions) and over 700 distribution points.

In 2019, TAROM will unite all regions of the country through internal flights (Demo)

The General Director of TAROM, Werner-Wilhelm Wolff, said at a meeting with local representatives of travel agencies in Constanta at… 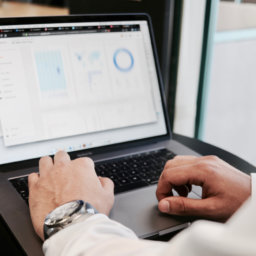 0
19 Aug 2017
Constanta Casino, on the list of most endangered European heritage sites (Demo)

At the opening of the European Year of Cultural Heritage, Europa Nostra, the leading heritage organisation in Europe, and the European Investment…